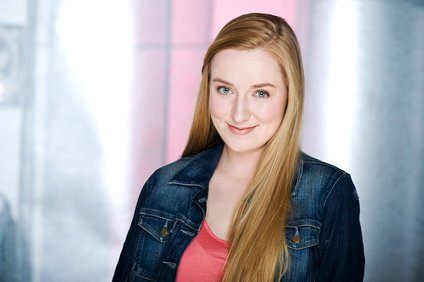 Jacqueline is a singer, dancer, actor, director and choreographer currently residing in Toronto. She holds a Bachelor in Music Theatre Performance (BMT) from Sheridan College. She has experience teaching in both group and individual settings in all three disciplines: singing, dancing and acting. Last year Jacqueline shared the stage with Josh Groban in Niagara Falls, as well as Sarah Brightman and Narcis during their concert in Toronto.

Originally from Hamilton, ON she began dancing ballet at the age of 3. She later branched out and studied jazz, modern, lyrical, pointe, tap and hip hop but ballet and pointe hold a special place in her heart! Jacqueline has been performing in full-length productions for over 10 years. She trained in Havana with the National Ballet of Cuba and toured with Ballet Jorgen Canada for two seasons of The Nutcracker. was very grateful to receive the “Ken and Ann Watts Scholarship” in her graduating year. She also studied at the Theatre Aquarius Summer Performing Arts Program for many years and played leading roles in RENT, Aspects of Love and The Who’s Tommy.

At Sheridan, Jacqueline fell in love with workshopping new musicals. As part of the Canadian Music Theatre Project, she participated in a workshop of the musical Atlantis written by Matthew Lee Robinson. Most recently she originated the role of “Olivia” in Ensemble the Musical. Some favourite theatre credits include: “Audrey” in Little Shop of Horrors  and “Margot” in Legally Blonde.

Jacqueline has performed across Ontario and out east in Charlottetown, PEI. She appeared in the world premier of Jim Betts’ musical “Granny Penny’s Grand Adventure” and last year co-created “Jingle Belles” for Smile Theatre. She is thrilled to also be part of Koffman Academy of Dance & Music.

When not onstage or in front of the camera, Jacqueline enjoys reading Jane Austen, drinking copious amounts of tea and knitting. She will also never say no to a latte. She loves swimming and playing with her adopted cat, Duchess (yes, she is named after the Disney movie The Aristocats).

From our ever growing family to yours! HAPPY THA

We have a new class opening up on Thursdays for ou

From Violin to Voice, Guitar to Piano, Drums to Sa

Did you know… WE OFFER ADULT DANCE CLASSES! Ba

Thanks @blogto for a great write up on @koffmanaca